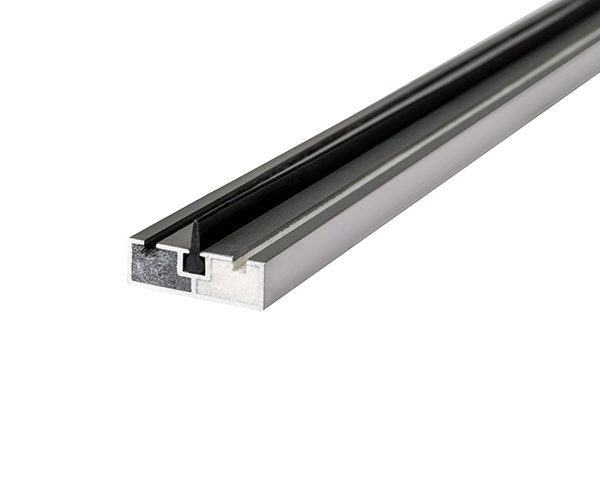 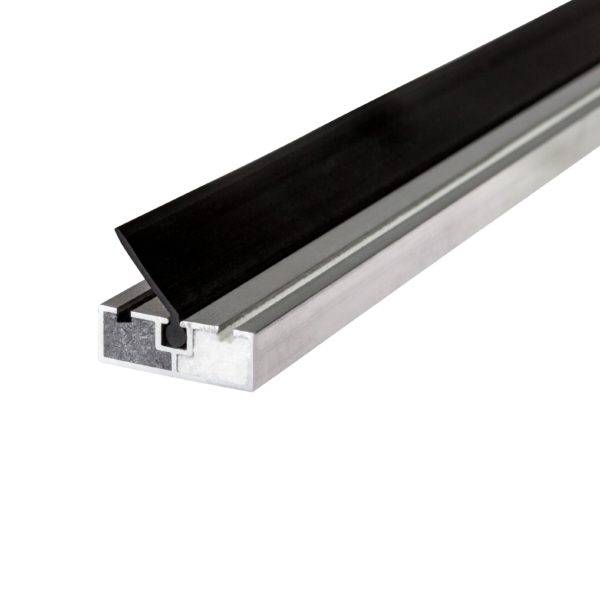 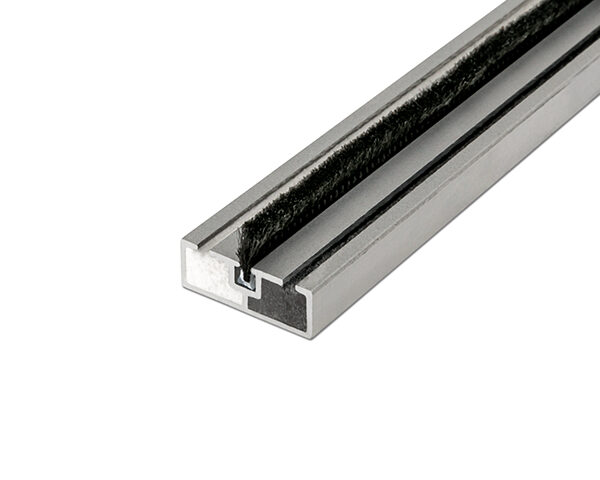 Ultima Intumescent Fire and Smoke Seals are normally rebated into the head and jambs of the door frame, and are aligned with the centre of the door edge. For existing doorsets, grooves are required in the edge of the door or frame as follows:
Ultima60(S) – 7.5mm deep x 21mm wide. The aluminium section is positioned within a groove in the door or frame. After the elastomeric blade is inserted, the door is opened and closed to check the ease of action, and the profile position adjusted as necessary. Once adjustments have been made, the profile is pinned fully into position. Where the seal is interrupted at the hinges and lock/latch plate positions, and protection at these points is provided by Sealmaster Intumescent Plugs.

ULTIMA 60(S) Intumescent Fire and Smoke Seal is a seal which combines gap-filling properties with a high expansion pressure seal, to improve the stability of a door assembly during a fire. Using two distinctly different types of intumescent material and an elastomeric smoke blade, Ultima’s triple action provides fire and smoke protection for 60 minute door assemblies.
The intumescent fire and smoke seal consists of an easily fitted aluminium holder, with two reservoirs and a self-extinguishing, elastomeric smoke blade. The first reservoir contains an expandable graphite compound, which combines high pressure with a multi-directional foam, designed to restrict door movement. The second reservoir contains a mono-ammonium phosphate-based formula, which produces continual foaming, up to 40 times its original volume. This is especially valuable when sealing large and moving gaps. The elastomeric smoke blade acts as an efficient draught seal in normal use and resists the passage of smoke, thus meeting the needs of BS 5588: Parts 1 and 2.

Ultima intumescent compounds are inherently resistant to atmospheric carbon dioxide and moisture, so that additional protective coatings are unnecessary. These claims are substantiated by laboratory controlled tests and, in the case of the mono-ammonium phosphate formula, by actual case histories.

The Ultima Intumescent Fire and Smoke Seal has been tested by TRADA. The criteria covering evidence of performance across variable fire-resisting doorsets are wide ranging. The following example describes the independent fire test for a 60 minute door assembly.