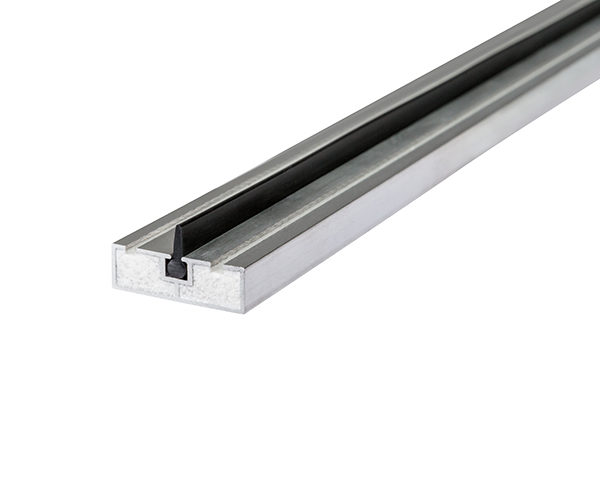 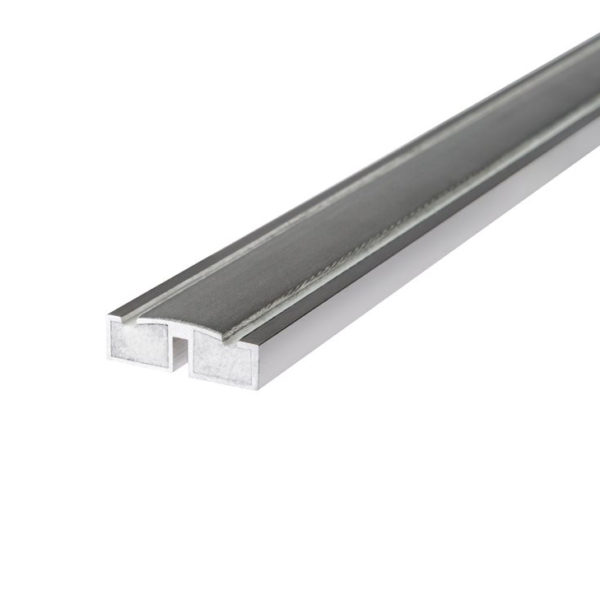 In new doorsets, both profiles are rebated into the centre of opposing door edges at meeting stiles. Where N60S/IMP Combined Intumescent Fire and Smoke Seals are fitted to an existing door assembly, the stiles of the door are easily rebated. The intumescent fire and smoke seal is interrupted at the lock/latch striker plate and pivot positions, and protection at these points is is provided by Sealmaster Intumescent Plugs for 60 minute doors.

The seal comprises two opposing extruded aluminium alloy profiles – N60S and IMP – each with twin reservoirs which contain substantial reserves of Sealmaster intumescent material. At the head and hanging stiles N60S is used on its own. The flame-retardant elastomeric blade in N60S provides the smoke-control function required of all doors designated by the suffix ‘S’ in Building Regulations Approved Document B.

In normal use, the elastomeric blade seals the gap between the doors, and acts as an efficient draught seal.

As the fire develops, the elastomeric blade provides a barrier to the passage of smoke and hot gases. Once the fire reaches the N60S/IMP Combined Intumescent Fire and Smoke Seal, the intumescent material foams, swells and fills the gaps between the doors. Since the foam remains soft during the period of intumescent action, it exerts minimal pressure, allowing the doors to remain in their original positions.

The N60S seal has been assessed by TRADA as capable of providing 60 minutes integrity when used in conjunction with the IMP seal.

N60S/IMP Combined Intumescent Fire and Smoke Seals have been tested and approved by Certifire to conform to BS476 part 22. This is the most demanding 3rd party certification scheme in the industry.