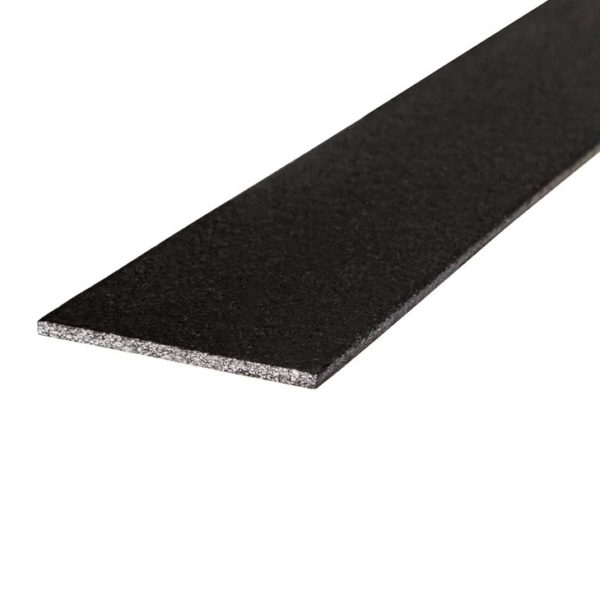 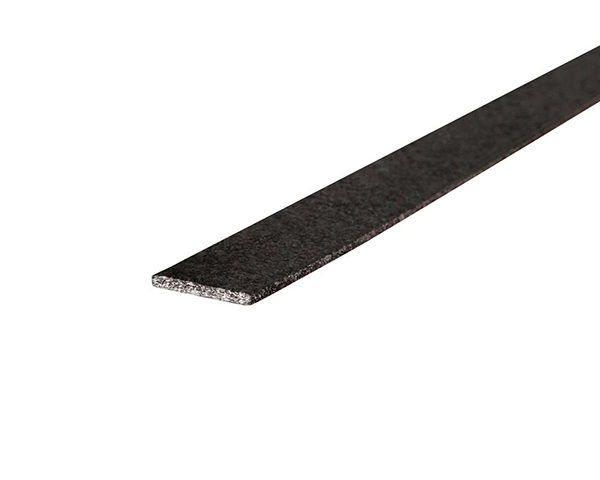 As part of the FireFace solution for upgrading historic doors for fire resistance Sealmaster developed a very thin (1mm) self-adhesive graphite based intumescent strip which is fitted to the frame reveal avoiding the need for invasive routing of the door leaf edge or frame.
It is essential that the surface onto which the seal is to be fixed is clean and free from dust. Self-adhesive tapes will not adhere well to dirty or rough surfaces. The adhesion is best at temperatures between 15°C and 25°C but the product should not be applied if the temperature is below 10°C or above 35°C.

This 1mm thick graphite intumescent known as the GRS seal has a full width self-adhesive tape applied to one side. Being only 1mm thick it can be fitted between the door and frame without hindering the operation of the door in most cases. The face fixing means that invasive rebates do not need to be cut into the door leaf or frame which is depreciated on historic doors. An extra benefit is that the seal can run over most types of hinges where fitted thus giving extra protection at these vulnerable positions. The seal is naturally black and does not require further protection but may be overpainted if desired.
GRS graphite strips are available in 22mm and 40mm widths and 2.1m lengths as standard but other widths up to 125mm are available to order. For more conventional rebated applications 2mm thick strips are available and are designated GR. Sealmaster graphite strip technology is also employed for other applications such as intumescent seals for Georgian Glazing.

Fire tests have been carried out at TRADA to BS476 Part 22 and test report RF95082 refers where a door set including GRS as part of the protection achieved 32 minutes fire resistance.